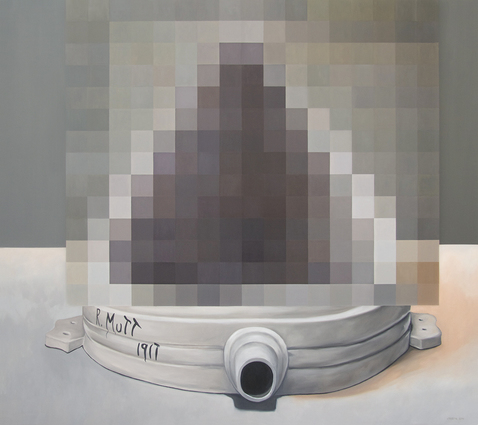 PAINTINGS
Censored Series, 2012-2015.
This series of paintings was based on art books from Iran, where reproductions of any nudity by artists like Picasso, Matisse, and Duchamp were covered with black lines or pixilated so that the painting or sculpture were obscured. Other paintings comment on IKEA's catalogue in Saudi Arabia where the women have been removed from the ad or blacked out by hand on the covers of boxes for kiddie swimming pools.

DoppelHouse Press has published a book, The Artist, The Censor and The Nude, A Tale of Morality and Appropriation in August 2017. Francis M. Naumann has written the Foreword and art historian Glenn Harcourt wrote a major essay on the work with an accompanying section discussing Contemporary Iranian artists. 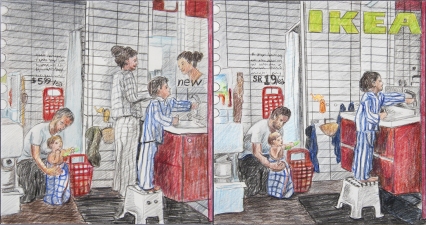